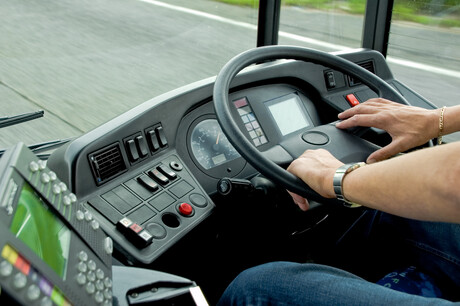 NT WorkSafe has accepted a $660,000 enforceable undertaking from Buslink NT over the death of a bus driver, who was fatally injured after a bus rollaway incident in 2017. NT WorkSafe alleges that, despite numerous safety reports in the Australian bus industry highlighting the dangers of bus rollaway incidents and a Buslink bus being involved in a similar near miss days earlier, Buslink NT failed to implement adequate control measures.

This failure exposed the worker to the risk of death or serious illness, and had the potential of placing the health and safety of passengers and nearby pedestrians at risk. Buslink NT was charged with six offences under section 32 of the Work Health and Safety (National Uniform Legislation) Act 2011, for failing to protect its drivers, passengers and the community from the risk of rollaway incidents.

The six charges have been withdrawn, but NT WorkSafe can commence proceedings if Buslink NT does not comply with the terms of the undertaking. Following the incident, Buslink NT worked with the original equipment manufacturers to identify and implement additional engineering safety controls to reduce the risk of a bus rollaway.

The activities in the enforceable undertaking include installing MobilEye collision avoidance systems in all 327 buses across Buslink’s Northern Territory and Queensland fleets. The enforceable undertaking also calls for the production and distribution of an instructional video on rollaway bus prevention, for bus drivers and operators across Australia. Per the undertaking, Buslink NT must also work with a partner organisation to deliver a Northern Territory road safety campaign targeted distracted driving.

The Northern Territory’s Work Health and Safety Regulator, Bill Esteves, said the NT WorkSafe investigation found no evidence of reckless conduct, which would have precluded the proposed undertaking from being accepted. Esteves added that the expected work health and safety benefits from the enforceable undertaking will deliver outcomes superior to those expected from a court sanction, with the rollaway bus prevention video ensuring that learnings from Buslink NT will be communicated across Australia.

“The activities Buslink NT committed to in its enforceable undertaking have been assessed as likely to result in long-term, sustainable, measurable and tangible work health and safety benefits for the workplace, the industry and the community,” said Esteves.

The financial obligations of the proposal are significant, and exceed penalties handed down for similar incidents under equivalent legislation by threefold. Esteves has urged all bus owners and operators to review their systems to minimise or eliminate the risk of a bus rollaway incident.