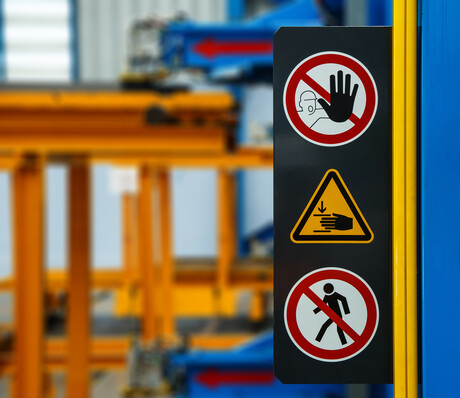 A Queensland sheet metal fabrication business has been fined $40,000 plus costs of almost $850, following a workplace incident that led to a young work experience student having to amputate the tip of his finger. Magistrate Louise Shephard has ordered a two-year undertaking for the company director, with no conviction recorded, as well as costs of almost $850.

The business and the company director pleaded guilty to breaching the Work Health and Safety Act 2011 over the 2018 incident, having failed to meet their work health and safety duties. The incident occurred when a 15-year-old work experience student was at the workplace, operating an up stroking hydraulic brake-press machine to flatten metal when the tip of his finger went into the opening of the press. He accidentally operated the brake press, which resulted in the amputation of the tip of his finger.

Workplace Health and Safety Queensland (WHSQ) inspectors found the machine did not have sufficient safeguards to prevent this risk of injury. Inspectors also found the gap in the machine allowed for the hand or finger of the worker to enter when it was in operation; the closing speed of the brake press did not provide enough time for a worker to react and remove body parts prior to closure. The laser safe system on the brake press had also been disengaged, which could have meant the brake press would not have operated as it would have detected the finger in the press.

The company failed to implement a system of plant inspection to ensure it was safe to operate. There was not appropriate induction training and supervision processes for young workers. The Magistrate accepted the laser safe device had not been deliberately deactivated (having been deactivated as was required after previous use of the machine). Her Honour noted the company director had shown regret over the incident, cooperated with the investigation and taken steps to ensure the incident did not reoccur. The business had no history of previous offending work against work safety laws in its 40 years of operation.

Lencia Fruit Juices Pty Ltd has been fined $30,000 after a worker's hand was sucked into an...