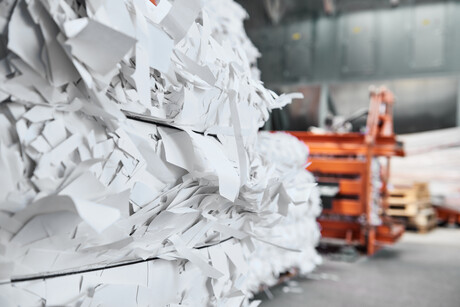 SKM Services, a recycling company, has been convicted and fined $115,000 in the Melbourne Magistrates’ Court over two separate incidents that left workers with serious injuries. The company was also ordered to pay costs of $18,000. SKM was fined $50,000 for two charges of failing to maintain a safe workplace and failing to provide safe plant after an incident at its Laverton North recycling sorting facility in 2017.

The company also failed to provide safe plant relating to inadequate guarding around temporary plant, which led to a third charge and a $15,000 fine. SKM was also fined $50,000 on a fourth charge of failing to maintain a safe workplace for a separate incident at the same site in 2018.

In the 2018 incident, a 60-year-old woman working on a paper sorting conveyor line from an elevated platform fell 2.9 metres to the ground below. She was taken to hospital with a serious head injury. WorkSafe Victoria investigators found there was no fall protection next to the ladders providing access to an overhead footbridge and that the ladders did not have a handrail to assist getting to and from the footbridge.

In 2017, a 68-year-old worker was dragged up a conveyor and trapped against a steel beam on a separate machine when the paper sorting line was restarted while he was performing routine maintenance. Another worker heard the injured man’s calls for help, and called for the machine to be stopped after being unable to locate an emergency stop button. The trapped worker sustained multiple hip and pelvis injuries and was unable to work for about four months.

There were no fall protection risk controls in place for the task, which required the worker to access the separator’s conveyor belt at a height of more than two metres. The worker had forgotten to turn off the separator’s isolation switch located at the top of the conveyor. Inspectors also found there were no emergency stops near the separator, and the machine’s three energy isolators were not locked out or tagged and were located more than two metres above ground inside the perimeter guarding. Inspectors also found a gap in the removable perimeter guarding, that tools to remove the guards were accessible by operators and that no energy isolation point was fitted onto the machine’s main control.

Four months after the incident, SKM had reconfigured the separator, but WorkSafe investigators found perimeter guarding that could be removed by hand and was open or not secured. Investigators also found electrical proximity interlock switches on the gates of the perimeter guarding that were disconnected, enabling access to the underside of the conveyors while the machine was operating.

WorkSafe Executive Director of Health and Safety Julie Nielsen said falls from heights and inadequate guarding are well-known causes of workplace injuries and deaths, and that these incidents should serve as a warning to employers that failing to protect workers could lead to convictions and fines for those responsible.

“There are no excuses for working at height without guardrails or other fall prevention measures, or for failing to have adequate guarding and lock-out systems in place, and WorkSafe will not hesitate to prosecute employers who fail to protect their workers,” Nielsen said.

To manage risks when working with machinery, WorkSafe advises employers to identify hazards, assess the risks associated with them and eliminate or control those risks by isolating them or using an alternative. Staff should also receive training in the safe operation of machines and equipment, with written procedures in the worker’s first language. Safe operating procedures should also be developed and implemented in consultation with employees and health and safety representatives. Safety guards and gates must be compliant and fixed to machines at all times, with machines and equipment regularly serviced and inspected. Signs should also be placed on or near a machine, to alert employees of the dangers of operating it. Fall protection, such as guards and rails, must also be in place when workers are working from height or near drops.