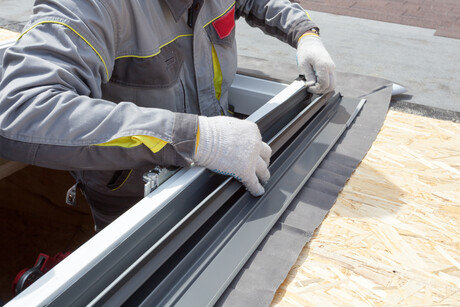 A Brisbane-based construction and roofing company has been fined $50,000 with a further $20,000 surety attached to a two-year undertaking, following a 2019 incident that left a man with a severe brain injury when he fell through a skylight in the South Burnett. The company had been contracted to replace the roofs on two sheds, including four skylights. One of the employees was on the workshop roof when he accidentally stepped onto a polycarbonate skylight sheet and fell 4.8 metres onto the concrete floor. He suffered a fractured skull and a traumatic brain injury.

An investigation by Workplace Health and Safety Queensland found that the defendant company had failed to implement adequate safety measures such as fall prevention devices, a fall arrest system or a safe system of work to address the hazard of working around skylights. The company was charged under the Workplace Health and Safety Act 2011 with failing to implement appropriate control measures to minimise the risk of a worker falling through the roof. This failure exposed those working on the roof to a risk of death or serious injury. At sentencing, Magistrate Kerry Magee considered the defendant’s early plea, cooperation with the investigation and lack of prior convictions.

Since the offence, the defendant had also taken steps to remedy the safety deficiencies by investing in workplace health and safety measures. However, Magistrate Magee noted that the risk of falling should have been addressed via a fall prevention device or fall arrest system. Magistrate Magee took into account the seriousness of the risk and the serious injuries suffered, including the psychological impact of the incident. Her Honour also noted that thankfully there were no anticipated long-term consequences for the man that would affect his capacity to return to work in the future. The Magistrate also acknowledged the company’s financial circumstances brought on by COVID-19 disruptions to business cashflow.

The company has been fined $50,000 and ordered to pay court and professional costs of almost $1600. Magistrate Magee imposed a $25,000 surety attached to a two-year court-ordered WHS undertaking, pursuant to section 239 of the WHS Act. In that time, if the company doesn’t commit an offence against the Act and the undertaking isn’t breached, it will be discharged from the undertaking on 13 October 2023. No conviction was recorded.

Workplace Health and Safety Queensland has issued a safety alert after a worker was seriously...

Safe Work Australia has published a guide to manage the health and safety risks of using...

Surface Cleaning and Disinfection — What to use?

Hydrogen hubs — all eyes on Australia