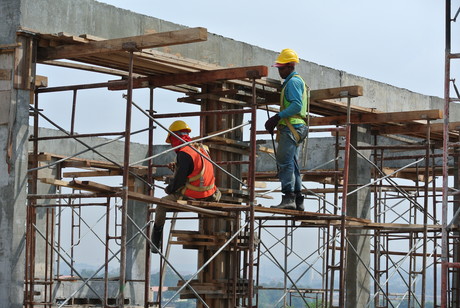 An edge protection company that provides and installs edge protection on roofs to enable safe work at height has been fined $50,000 for failing to comply with its primary safety duty under the Work Health and Safety Act 2011, and exposing workers to risk of serious injury or death from roof falls. Its hands-on director was also fined $5000 for failing to comply with his duty as an officer of the company.

Between 3 and 5 March 2018, the company was installing edge protection to a house in Highgate Hill, Brisbane, where a roof was being replaced. On 7 March, a roofing contractor fell 2.6 metres and sustained a significant fracture to his left knee and lacerations to his left leg and hand, after leaning against a horizontal edge protection rail which failed. The worker suffered significant injuries, but has since recovered and returned to his roofing job.

An investigation by Workplace Health and Safety Queensland (WHS Queensland) found that the rail had not been properly secured by the scaffold coupling, which was not sufficiently tightened. A technical report obtained by WHS Queensland also suggested the coupling and horizontal railing configuration could have been installed with the railing abutting behind the vertical scaffold support post to provide backup, in case the coupling accidentally released. The investigation also revealed that the company work method for installing edge protection required one worker to ensure all couplings were secure; however, on this occasion the director left the site for 30 minutes to quote on another job and the worker he assigned to the task failed to do it.

During sentencing, Magistrate Stephen Courtney denounced the defendants’ conduct, and said general deterrence was a factor in determining the penalty. Despite acknowledging the director’s remorse for the incident, Magistrate Courtney noted that the purpose of the work health and safety (WHS) legislative scheme was to ensure the community was protected with workers being able to return home safe. The Magistrate also observed that though the company continued to operate, any penalty imposed would be a significant burden.

The Magistrate also took into consideration the defendants’ cooperation with the investigation, that neither had any prior WHS contraventions, an early guilty plea and the post incident measures implemented that would, if followed, ensure a similar incident would not occur. The company was fined $50,000 with no conviction recorded. Court costs of $1000 were shared by the two defendants.