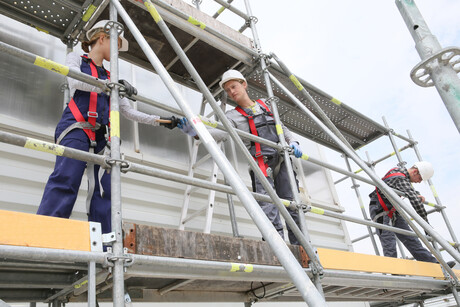 Between April 2018 and February 2019, WorkSafe Victoria inspectors visited the townhouse development 12 times, identifying a number of health and safety risks and issuing 18 improvement notices. The company did not comply with eight of those notices and failed on seven occasions to control the risks associated with working at heights above two metres.

A WorkSafe investigation was launched in February 2019, during which the company failed to comply with requirements to provide documents and information. WorkSafe Acting Executive Director of Health and Safety Andrew Keen said the case showed a shocking disregard for workplace health and safety. “The number of safety breaches at this workplace is just staggering and the company’s failure to address many of the issues shows a complete disregard for workers' health and safety. This case highlights that WorkSafe will not hesitate to take action, even when no incident has occurred, to ensure duty holders are doing everything they can to keep workers safe,” Keen said.

To prevent falls from height, employers can eliminate the risk by doing all or some of the work on the ground or from a solid construction. Passive fall prevention devices, such as scaffolds, perimeter screens, guardrails, safety mesh or elevating work platforms, should also be used. Use of a positioning system, such as a travel-restraint system, or a fall arrest system, such as a catch platform or safety nets, can also help prevent falls from height. Employers should also use fixed or portable ladders, or implement administrative controls.

Workplace Health and Safety Queensland has issued a safety alert after a worker was seriously...

Safe Work Australia has published a guide to manage the health and safety risks of using...

Hydrogen hubs — all eyes on Australia

Qld to invest in its largest battery yet

Powering rockets from Arnhem to space

The lights-sparse versus the lights-out factory — Part 1