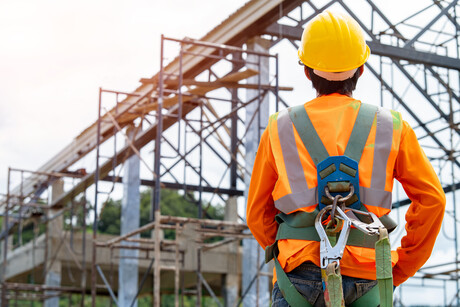 WorkSafe Victoria has urged employees to manage the risks of working from height, after one death and a spike in serious incidents. A 23-year-old carpenter died in hospital on 5 August after suffering critical head injuries in a suspected three-metre fall at a Moonee Ponds construction site on 2 August.

This follows 11 serious incidents involving falls from height since 24 July, including a worker who suffered serious injuries after falling four and a half metres while removing ceiling panels at a Reservoir factory, an apprentice who fell six metres from a ladder at a construction site in Oakleigh, sustaining broken bones and suspected internal injuries, and a worker who was seriously injured after falling three and a half metres from the roof of a Kensington property while installing solar panels. Another worker suffered chest and facial injuries after falling three metres from an onloading dock in Thomastown. Some incidents have also involved children, including a toddler who fell from a scissor lift and sustained head injuries.

WorkSafe Victoria Acting Executive Director of Health and Safety Andrew Keen said falls from height are preventable, yet remain one of the biggest causes of death and serious injuries in workplaces. Keen also called on every workplace to reassess the effectiveness of their fall prevention measures.

“The tragic death of this young carpenter and the many recent incidents highlight the very real risk of falls and the heartbreaking and life-changing consequences. Don’t assume that just because you haven't had an incident that your business is operating safely. WorkSafe can and will take action against employers who are not taking the risks seriously and are putting workers' lives at risk,” Keen said.

To prevent falls from height, employers are urged to eliminate the risk by performing all or some of the work on the ground or from a solid construction. A passive fall prevention device, such as scaffolds, perimeter screens, guardrails, safety mesh or elevating work platforms, can also be used. A positioning system, such as a travel-restraint system, can be used to ensure employees work within a safe area. A fall arrest system, such as a harness, catch platform or safety nets, can be used to limit the risk of injuries in the event of a fall. Employers should also use a fixed or portable ladder, or implement administrative controls.

A Victorian building company has been fined $100,000 for repeatedly putting workers in danger by...

The risks of robo-marking: AI in Australian schools