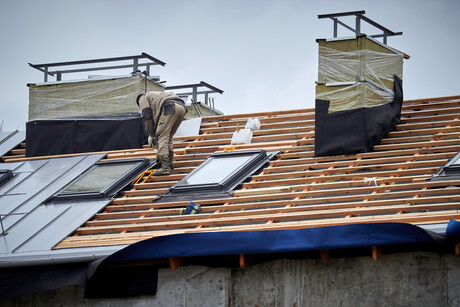 A Queensland house-moving company and its director have been fined a total of $60,000 over a work safety incident where a worker fell from a roof. The company operates a business centred on the relocation, demolition, re-stumping and raising of houses. The company and its sole director/shareholder both pleaded guilty recently to breaching Queensland’s Work Health and Safety Act 2011 by failing to comply with their health and safety duties, exposing a worker to a risk of death or serious injury.

The company was contracted to remove a double-storey residential house in Wallaville. On 7 January 2021, three workers were at the site, including an 18-year-old who had worked for the company for five months but had no formal qualifications or experience, nor did he receive any induction or formal training. The worker was also unaware of any written procedures or safe work method statements (SWMS). The company had a generic SWMS, but it was not site specific, nor had it been updated in nine years. An investigation by Workplace Health and Safety Queensland (WHSQ) found that while the young worker was on the roof placing a tarpaulin across the ceiling for weather protection, he put his foot in the roof valley and it gave way, causing him to fall five metres to the ground. He sustained a back injury, was hospitalised for nine days and was unable to work for several months, before ultimately starting a new job.

The WHSQ investigation also found that even though safety harnesses were available to workers, the company did not enforce their use, nor were there any other protections or measures in place to eliminate or minimise the risk of workers falling from height such as adequate policies, procedures or training to ensure a safe system of work. Following the incident, the company overhauled its safety procedures and hired a workplace health and safety consultant to develop inductions, review safety systems and draft a new and extensive SWMS. The company also mandated working at height training and the use of harnesses and other controls.

In sentencing, Magistrate John McInnes said that the point of the legislation was to make workers safe. Magistrate McInnes took into account the guilty pleas and that the director was a person of good character and had embraced the lessons learnt from the incident. Magistrate McInnes also considered that the victim impact statement reinforced what can occur from such incidents, as well as the lasting consequences. The sole director was fined $15,000 and the company $45,000, with costs totalling just over $1700. No convictions were recorded.

Establishing and Implementing an Effective Food Safety Management System in 2023