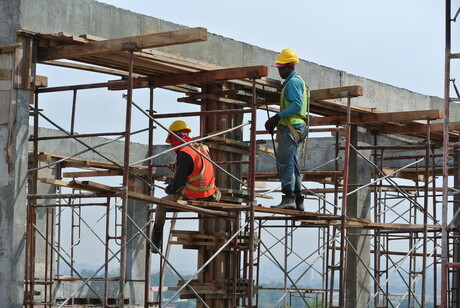 The renderer allegedly fell while working from an unsecured plank on the exterior of the second floor of a unit under construction at Pascoe Vale in October 2016. The renderer was taken to hospital with serious injuries including a fractured skill and brain haemorrhage, broken ribs, a punctured lung, lacerated spleen, fractured arm and a fractured ankle. WorkSafe Victoria alleged that there was a risk of serious injury or death due to falling from the plank, which was 3.2 metres above ground and had no edge or fall protection.

The court determined that it was reasonably practicable for Palladian Three and Sackl to ensure that passive fall prevention such as scaffolding was in place before work began. WorkSafe Executive Director of Health and Safety Narelle Beer said the serious risks associated with working at heights are well known and there is no excuse for failing to provide safe workplaces.

“This was a blatant failure to protect workers, which sadly left one worker with significant injuries that could have easily been fatal. Already this year there have been three deaths due to workplace falls. WorkSafe won’t hesitate to prosecute employers who fail in their duty of care to maintain a working environment that is safe and without risks to health,” Dr Beer said.

To prevent falls from height, WorkSafe advises that employers should consider if they can eliminate the risk by doing some or all of the work on the ground or from a solid construction. If that is not possible, they should use a passive fall prevention device, such as scaffolds, perimeter screens, guardrails, safety mesh or elevating work platforms. Employers should also consider using a positioning system (such as a travel restraint system), a fall arrest system (such as a catch platform or safety nets), or a fixed or portable ladder. Employers should also implement administrative controls.

A Victorian builder is facing numerous charges over an incident in which a worker sustained fatal...

A NSW roofing company has been fined $400,000 and sanctioned for nine months, after a first-year...

Queensland business owners have been urged to take steps to eliminate the risk of operating an...