Nothing highlights the importance of compliant fall arrest systems and correct user training more than a recent incident on a NSW building site.

The fall arrest system, designed to provide access to the roof of a large manufacturing building, comprised several Sayfa 3Sixty anchor points and was to be utilised in the installation of two roof vents.

Unfortunately, due to lack of training, experience and supervision, the contractor had failed to connect to the system correctly, allowing excess slack in the adjustable rope lanyard. Fortunately, the rope lanyard arrested the restrained fall moments before the operator reached the fall edge. Of further concern was that a rescue plan was not in effect, which could have had disastrous affects had he become suspended.

There is no doubt that the 3Sixty Anchor point saved his life. It arrested the restrained fall with no signs of damage whatsoever to the system. 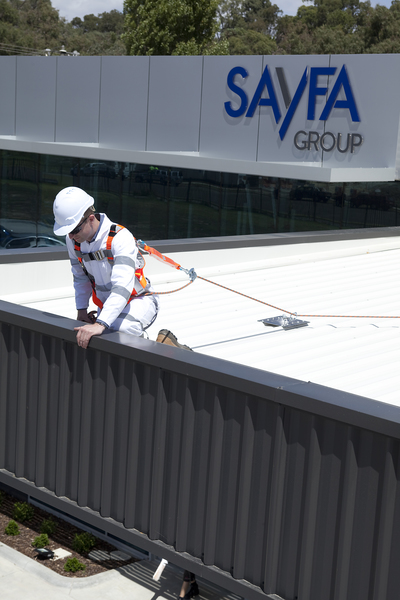 This incident, however, is one of many that are all too common in the workplace. It is imperative that all users of these types of systems are properly trained and experienced. Insufficient training and inexperience can cost lives.

User training, system operation manuals and working at heights documentation are vital in maintaining a safe work environment for all personnel.

A Sayfa representative commented: “We at Sayfa pride ourselves on our comprehensive, up-to-date documentation, including operation manuals and working at heights literature, which are provided to the end user on system handover. We can give you peace of mind and will assist you to ensure that not only are your systems compliant and user friendly, but the people who operate them have a high level of competency by providing the necessary training.”

The introduction of the new Standard AS/NZS5532:2013 requires extensive testing as part of the manufacturer’s responsibility. The 3Sixty surface mount anchor point meets all the requirements of the new standard.