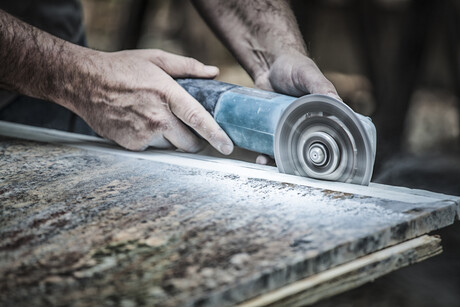 In an extremely rare form of industrial action, the CFMEU has said it will ban the use of engineered stone if the federal government fails to do so.

CFMEU ACT Secretary Zach Smith, who is set to take over as national secretary in 2023, will launch the Stop This Killer Stone campaign at the union’s national conference.

The campaign urges the federal government to ban engineered stone products by July 2024.

Smith will move a resolution at conference for CFMEU members to:

This form of industrial action has not been seen since building and construction unions banned asbestos decades ago.

Modelling by Curtin University estimates that 10,000 workers in Australia across all sectors will develop lung cancer, and up to 103,000 will be diagnosed with silicosis as a result of their current exposure to silica dust at work.

“These morally bankrupt overseas companies have no social licence to sell this deadly product — and they know it. They know it is killing Australian workers but simply don’t care.

“Engineered stone is the asbestos of the 2020s. That’s exactly why we’re taking this extremely rare step of flagging a ban on CFMEU members working with this killer stone.

“Australia has one of the world’s most voracious cheap benchtop habits and it could claim thousands of lives unless we quit.

“Any modest cost increase for consumers will save lives.

“In NSW alone, almost one in four engineered stone workers who’ve been in the industry since 2018 were suffering from silicosis or another dust-related disease.

“If the federal government doesn’t ban killer stone, the CFMEU will.”

A tiny radioactive capsule that went missing from a secure device on a truck — sparking...

Safe Work Australia has issued a reminder about the transition to the Globally Harmonised System...

Employers have been urged to prioritise worker safety when conducting 'hot work', after...