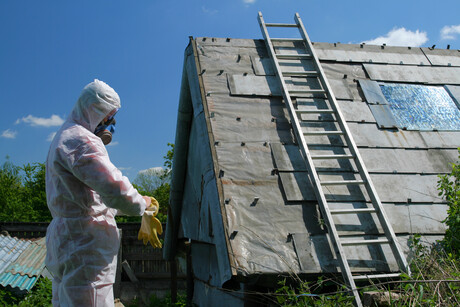 SafeWork SA has commenced proactive compliance audits of licensed asbestos removal jobs to ensure the requirements of the regulations are met. The Asbestos Safety and Eradication Agency (ASEA) revealed that asbestos kills more than 4000 Australians each year due to asbestos-related disease.

SafeWork SA will uphold its stance of no excuses for non-compliance with asbestos regulations and safe removal. Three compliance audits were undertaken in 2020 by SafeWork SA, with a combination of routine visits and desktop audits.

Glenn Farrell, Acting Executive Director of SafeWork SA, said SafeWork SA has emphasised over the past 18 months that complying with asbestos regulations is mandatory.

“There is an expectation amongst the community that the engagement of an asbestos licence holder will give some certainty that compliance with the legislation is being met and that high safety standards are applied. If there is a continued disregard by licence holders and other duty holders in meeting their obligations under law, I will not hesitate to take action. Asbestos regulations have been in place for more than 25 years and there is ample information around the risks and control measures in place,” said Farrell.

Farrell said the benefits of a coordinated and collaborative approach to asbestos awareness and management are evident from the development of an asbestos website that was launched in late 2019.

“I am optimistic that this coordinated and collaborative approach to asbestos awareness and management in South Australia will significantly contribute to the elimination of asbestos-related disease in this state,” said Farrell.