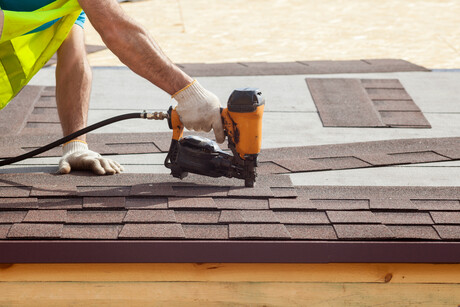 SafeWork SA has issued a reminder for PCBUs in the residential construction sector to pay additional attention and supervision to apprentice carpenters after four apprentices received nail gun injuries in February. Carpenters should only use bump fire nail guns once adequately trained and deemed competent to use them. On 25 February 2022, SafeWork SA was notified that a fourth-year apprentice received a penetration wound to his upper right thigh when he shot himself with a nail while kneeling. The apprentice required emergency services to bring him down from a scaffold before being treated at the Royal Adelaide Hospital.

Most nail gun incidents occur when the nail gun is set to bump fire mode. This allows nails to be driven into an object by holding the trigger in the firing position and pressing the gun’s contact tip against the workpiece. When operators carry the nail gun with the trigger depressed, the contact tip can inadvertently be bumped and the nail can be discharged from the gun. This can lead to serious injuries to the operator, or nearby workers.

The type of nail gun trigger system and the extent of training are important factors that can help reduce injuries. SafeWork SA advises that a full sequential trigger is always the safest trigger mechanism for the job. SafeWork SA Executive Director Martyn Campbell reminded duty holders of the need to focus on building the skill and capability of the apprentice rather than on the trigger type of the nail gun. The trigger type is less important to overall productivity if the gun user does not have the necessary skills to use it effectively.

“This is highlighted by the fact that in the past 5 years, 77% of serious injuries notified to SafeWork SA associated with nail guns were to apprentices working in the residential construction sector. Builders, contractors and group training organisations should consider their training and supervision of apprentices using nail guns when starting out in the industry,” Campbell said.

A Victorian energy company has been fined after workers were exposed to toxic acid vapour in two...

The truth about blue light expsoure

Observability a board-level imperative in ANZ

State of crisis preparedness: is your business ready?

Transitioning from waste to resource