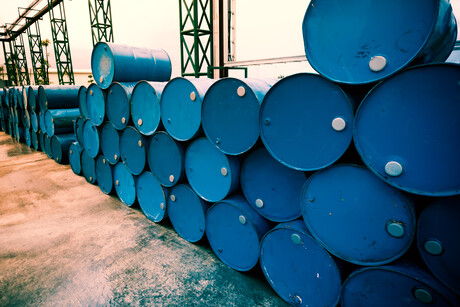 Cattle-mustering contractor, 25-year-old Arron Peter Kerr (trading as Kerr Contracting & Co) has been convicted and fined $20,000 after pleading guilty to two charges of reckless conduct over the serious injury of a young worker at Montejinni Station, 320 km south-west of Katherine. In 2019, less than a month after moving to the Northern Territory, the 18-year-old ringer from New South Wales was severely burnt at a remote mustering camp when he was tasked with cutting open a 44-gallon drum previously filled with Avgas. Although the drum was washed multiple times, it still exploded when he cut it with an angle grinder.

The worker suffered burns to his hands, arms and face, with blisters forming and some bursting within 30 minutes of the incident. Kerr, in discussion with another worker who applied the initial first aid (the first aider), decided the burns were not severe and that the injured worker should be driven approximately 40 km to the Montejinni Station homestead, instead of to the Kalkarindji Medical Centre. During this discussion Kerr told the first aider and the injured worker to mislead the homestead staff and say the burns were caused from lighting a gas barbecue. At the homestead, the Montejinni Station’s operations manager, who held a remote first aid certificate, assessed the injuries as first and second degree burns.

The injured worker required specialist treatment and was transferred to Darwin where he required surgery. He suffered first and second degree burns to seven percent of his body, which had become infected, and also suffered gastroenteritis, which resulted in internal haemorrhaging. Northern Territory’s Work Health and Safety Regulator Bill Esteves said it was difficult to comprehend how there could have been such disregard for a young worker who was seriously injured.

“Young workers are amongst the most vulnerable workers in the workplace and it is vital that all employers and duty holders exercise their duty of care in protecting them. Mr Kerr in this incident has totally and absolutely failed in his duty. This young worker was in a particularly vulnerable situation having recently moved to the Territory, and working in a remote location which limited his contact with his support networks such as friends and family,” Esteves said.

The Northern Territory Local Court convicted Kerr of two breaches of section 31 (reckless conduct) of the Work Health and Safety (National Uniform Legislation) Act 2011. The convictions were recorded, making them the first reckless conduct convictions recorded in the Territory. Kerr was also ordered to pay the injured worker $20,000; this is the first time the courts have made this order and it is separate to the workers compensation entitlements the injured worker received. Kerr was also given a two-year good behaviour bond, meaning if he commits any offence within two years, the court can resentence him on these two reckless conduct charges.

“It would appear the culture of his workplace was one of stoicism, where people were expected to harden up, just get on with the job and get it done. This attitude not only contributed to the serious injury of this young worker, but placed him at further risk and worsened his injuries. Young workers starting in any industry are eager to fit in and prove their worth, but this shouldn’t be to the detriment to their health and safety,” Esteves said.

Esteves added that although over half a dozen individuals at Montejinni Station had seen or were aware of the injuries suffered by the young worker, none of them intervened and took him to receive the medical treatment he required. “In fact, when he was finally transported off the station, he was left alone at Top Springs Hotel to fend for himself. If this is the prevailing culture in this industry, industry leaders need to examine this case and determine if this culture needs to change,” said Esteves.