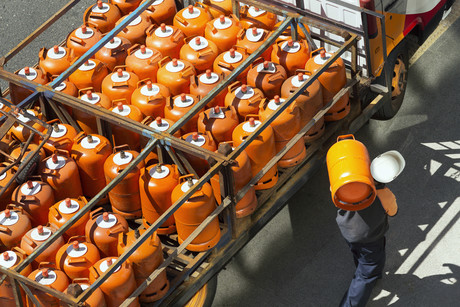 A Victorian maintenance firm in the Bayswater area has been convicted and fined $300,000 after a gas bottle explosion in December 2017 left a worker permanently disabled. In the Melbourne County Court on 25 March, New Sector Engineering Pty Ltd pleaded guilty for failing to provide a work environment that was safe and without risks to health, and failing to ensure persons other than employees were not exposed to risks to their health and safety. The company was sentenced on Monday, 6 April.

A worker’s ute caught on fire when gas bottles being transferred from a supplier — that contained acetylene and oxygen — exploded in the vehicle’s fully enclosed toolbox, the court heard. Because the ute’s enclosed canopy was too low to allow the worker to place them in an upright position, the two gas bottles had been placed on their side and unsecured, allowing acetylene vapour and air to mix and explode. The court also heard that around 12 people attended the scene, attempting to put the fire out and rescue the driver from the vehicle. A witness to the incident reported that the fire caused damage to overhead powerlines and nearby cars, and also ignited other gas bottles within the ute.

New Sector Engineering had failed to have a system of work in place for the transportation of gas bottles, including adequate ventilation and ensuring the bottles were properly secured and upright when moved, the court heard. Today the worker requires a wheelchair and experiences memory loss resultant from multiple, traumatic physical and mental injuries. “A worker will be dealing with horrific physical and mental injuries from this incident for the rest of their lives,” Julie Nielsen, WorkSafe Victoria’s Executive Director of Health and Safety, said. “This incident should serve as a reminder to all employers, contractors and tradies that they need to ensure dangerous goods are handled with care.”

When transporting dangerous goods for their trade, procedures for handling highly flammable chemicals like acetylene gas cannot be left to chance by employers and contractors, Nielsen said. “Where gas bottles are used as part of a business it is essential that employers put health and safety first, because the consequences of not doing so can be catastrophic,” Nielsen concluded.