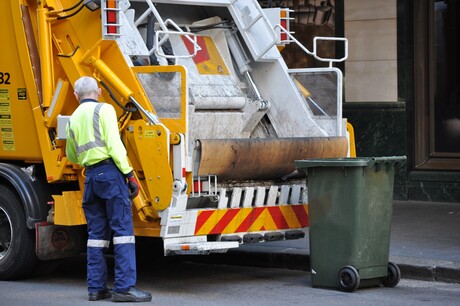 The Sutherland Shire Council has launched a major community education initiative urging local residents to take greater care in disposing of hazardous waste items commonly found around the home, after a number of serious incidents led to fires sparked in council waste collection vehicles. Members of the community have been called upon to ‘Do your part and fires won’t start’, with the campaign set to remind residents of the most appropriate ways to dispose of hazardous materials, such as spray cans, batteries, gas bottles, fuel cans, flares, hot ashes, chemicals and household products that are toxic or flammable. The campaign also highlights some of the often shocking consequences of including these materials for collection in general household waste.

Sutherland Shire Mayor, Councillor Carmelo Pesce said it was vitally important that local residents took heed of the renewed safety message to minimise the risk of major damage to the council’s waste collection vehicles, potential serious injury to staff and service disruptions. Pesce noted that in the last two years, staff members have been forced into action to deal with two major fires that had ripped through the back of their vehicles due to hazardous materials not being correctly disposed of.

“We know that our community try to do the right thing in correctly disposing of their household waste, but it only takes one dangerous item to slip in among your general waste or recycling to cause massive consequences. Council is proud to roll out this comprehensive community education campaign that will hopefully remind everyone how to manage their waste and minimise the risk to the safety of our hardworking waste collection staff,” Mayor Pesce said.

Peter Hazeldine, Sutherland Shire Council Director Shire Infrastructure, added that while major truck fires were not common, they still had a significant impact on the ability of the council to maintain a vital service to the community. Hazeldine added that truck fires have the potential to see staff and vehicles off the road for a considerable time, which can greatly impact the council’s ability to provide an essential service to its residents in a timely manner. “We’re incredibly thankful that of the incidents that have occurred in recent years our staff have not been seriously injured, but it’s a risk we are keen for the community to help us avoid. Incidents like these also come at a significant cost to ratepayers — when we lose a waste collection truck to fire, the replacement cost is almost half a million dollars. While we educate our staff on what to do to manage the situation if a fire breaks out, it’s a risk we’d rather avoid altogether,” Hazeldine said.

As part of the campaign, council waste collection vehicles will be emblazoned with the campaign motto — ‘Do your part and fires won’t start’ — as well as eye-catching illustrations of hazardous waste items to avoid putting out for general waste collection. The campaign will also see informative advertisements displayed in bus shelters in Miranda, Kareela, Loftus, Cronulla, Engadine, Gymea, Caringbah, Bangor and Woolooware over the next few months, with a short educational video to be distributed online and via social media to reinforce the campaign message.

The campaign aims to educate local residents about the correct way to dispose of hazardous waste materials, such as chemicals and household products that are toxic or flammable. Residents will be reminded not to put these items in their kerbside bins or out for collection as part of a pre-booked council clean-up, with the council conducting regular free hazardous waste collection events to assist local householders in disposing of these items.

A Victorian energy company has been fined after workers were exposed to toxic acid vapour in two...

Patties and Vesco to be acquired by PAG

A sugar substitute in citrus — how sweet is that?