Company fined over 15 tonnes of asbestos waste at unlicensed site 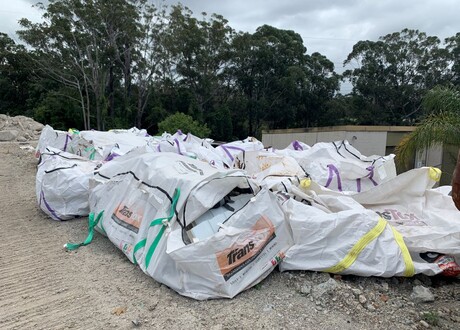 A company that unlawfully stored asbestos waste on a Central Coast property has been fined $15,000 and issued with an official caution for breaching their environment protection licence. Officers from the NSW Environment Protection Authority (EPA) noticed 13 bags marked with asbestos warnings on top of a stockpile of other waste while carrying out a routine inspection of EBH Environmental Services Pty Ltd’s Berkeley Vale site on 14 October 2020.

EPA Director Regulatory Operations Adam Gilligan said the more than 15 tonnes of waste was confirmed to be asbestos waste, which should not have been held at the property. Gilligan noted that the EBH Berkeley Vale site is not permitted to receive or store asbestos waste, adding that a special licence is required if a waste facility wants to manage asbestos waste.

“One of the bags had split and unwrapped fibrous sheet material could be seen inside. Asbestos material can be a serious health risk — especially if asbestos fibres are airborne and you inhale them,” Gilligan said.

During its investigation, the EPA found that the asbestos waste had been temporarily stored at a nearby property before being moved to the EBH site. EBH has been fined three times by the EPA since 2017. The EPA uses a number of tools to achieve environmental compliance, including penalty notices, formal warnings, official cautions, licence conditions, and directions and prosecutions.

“The EPA considers this to be a serious incident. The EPA expects all waste, and especially asbestos waste, to be stored and disposed of lawfully to ensure that we are keeping our community and the environment safe,” Gilligan said.

Combating plastic waste one coffee cup at a time