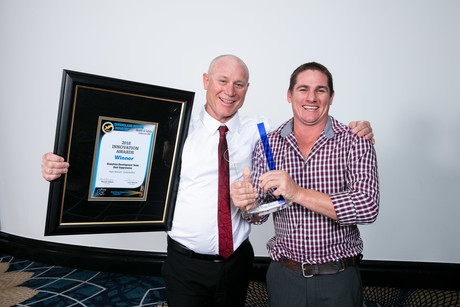 Voted by a panel of six expert representatives, Anglo American received the coveted state award for its dust suppression solution innovation, currently being implemented at its Grasstree Mine site.

Its forward-thinking approach implements engineering controls that isolate the workers from the source of dust thereby forming a safe working area. The solution has reportedly seen a 96% reduction in respirable dust particles since the trialling began in 2016.

Winners in the health category included Peabody, which won the Health Award Perpetual Shield and the Health Program award trophy for its ‘Limiting Respirable Dust Exposure During Maintenance Activities’ entry; and BMA, which won the Highly Commended award for its Broadmeadow Mine Diesel Particulate Reduction Program that is designed to reduce workers’ exposure to diesel particulate matter emission at its central Queensland site.

Conference co-chair Luca Rocchi said he was thrilled with the high calibre of innovative award winners, reflecting the resources sector’s ongoing vision for “an industry free of fatalities, injuries and disease”.

“Preventing risk or hazard on-site is paramount for the Queensland resources industry and this year’s selection of finalists certainly raised the bar in creative, practical and cutting-edge solutions to mine site health and safety,” Rocchi said.

“The awards are a testament to the industry’s ongoing commitment to improving health and safety standards, and we congratulate our winners and finalists who have all shown great initiative and taken a proactive approach to reducing risks and improving health onsite, as part of their daily operations.