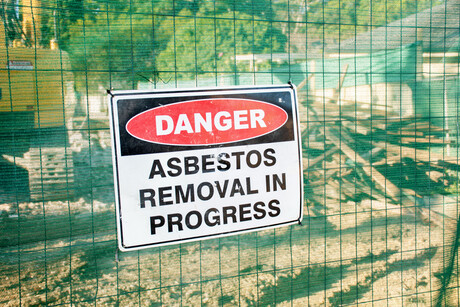 Flinders University is leading new research to find alternatives to chemotherapy and even prevent deaths by early detection for malignant mesothelioma. Researchers will be testing the natural therapeutic benefits of curcumin, a key component of the spice turmeric, in a clinical trial this year. Led by Associate Professor Sonja Klebe, researchers will study the safety and feasibility of using a form of intrapleural liposomal curcumins to benefit patient survival and quality of life — with fewer toxic side effects than chemotherapy. Experts warn that the high number of cases of malignant mesothelioma could persist for years, with hundreds more cases of the deadly disease possible after latency of more than 30 years from work-related (builders, plumbers, gasfitters, mechanics and marine engineers) or other exposure. Firefighters could also be at risk, after exposure to bushfire-razed old buildings and sheds across Australia. While asbestos is now banned from being used for new buildings, many houses still contain asbestos, with exposure during renovations common.

“That’s why it’s important to explore alternative therapies and facilitate early diagnosis to reduce suffering and support early intervention measures,” Flinders University lead researcher Associate Professor Sonja Klebe said. Researchers are also looking for early diagnostic methods with a special lung fluid test. Associate Professor Klebe said malignant mesothelioma is often not diagnosed until it is in the late stages; to combat that, researchers are hoping to find a way to test for the disease before it becomes invasive. Patients diagnosed with malignant mesothelioma, the cancer caused by asbestos exposure, experience poor survival of 6–12 months following a diagnosis and a five-year survival of less than 5%. Therapeutic options are limited due to high resistance rates to chemotherapy and the advanced age of patients (the median age of patients is 75).

Associate Professor Klebe’s team will test the safety and feasibility of intrapleural liposomal curcumin to benefit patient survival and quality of life. Future treatments are expected to have fewer toxic side effects than chemotherapy. Researchers will also investigate methods for early diagnosis, using novel techniques on the lung fluid that is drained in the early stages of diagnosis. “In most cases, malignant mesothelioma is not diagnosed until it is in the late stages,” Associate Professor Klebe said. “We’re hoping to find a way to test for the disease before it becomes invasive.” The Asbestos Victims Association (SA) supports the research initiative, with the association’s President, Peter Baxter, who was exposed to workplace asbestos, campaigning to raise awareness during Asbestos Awareness Month in November 2020. “I now suffer from asbestosis, and have lost two of my managers (from James Hardie), from this terrible cancer mesothelioma,” Baxter said. “We look forward to working with the Flinders Uni researchers and other campaigners to promote further awareness and raise funds for more studies.”

Hazardous chemicals inspection seems like a blatantly obvious task that is beyond improvement,...