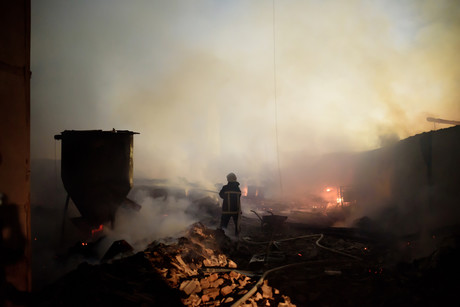 The operator of Hazelwood mine has been fined $1.56 million for breaching Section 21 (1) and (2) (c) of the Occupational Health and Safety Act, after a major fire burned for several weeks in 2014. Hazelwood Power Corporation was found guilty of 10 charges in November 2019, after an eight-week jury trial in the Supreme Court. The company was fined $1.25 million for failing to provide a safe working environment for employees and a further $310,000 for five charges under Section 23 (1) of the OHS Act, for failing to ensure persons other than employees were not exposed to health and safety risks.

The fire started on 9 February 2014, when embers from nearby bushfires ignited exposed coal at the open-cut mine near Morwell, Victoria. The fire burned for 45 days, blanketing parts of the Latrobe Valley in ash and smoke and exposing mine workers, emergency services personnel and nearby residents to dangerous carbon monoxide and other fine particles.

WorkSafe Victoria Chief Executive Colin Radford said that while Hazelwood wasn’t responsible for starting the fire it should have been better prepared for the risk, considering previous fires at the mine and the extreme weather forecast that weekend.

“Brown coal fires are notorious for emitting airborne pollutants including carbon monoxide, the harmful effects of which are well known. This was an entirely foreseeable event that has led to significant adverse health impacts, and WorkSafe will continue to prosecute employers who fail in their duty to protect not only their workers but also the general public,” said Radford.

Radford hopes the substantial penalty will help provide closure for the community as it recovers from the disaster.

A Gold Coast jumping castle hire business has been fined $50,000 for exposing two workers, who...