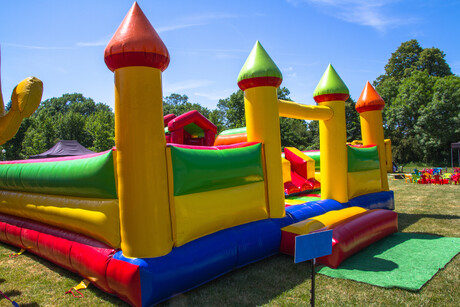 A Gold Coast jumping castle business has been fined $50,000 for failing to comply with its primary health and safety duty, exposing workers to a risk of serious injury or death. The small business rented jumping castles and employed casual workers to drop off, set up and collect the amusement devices.

At the start of each shift, the workers collected a truck as well as a ‘run sheet’ detailing the day’s deliveries or pick-ups. The trucks were pre-packed by a supervisor and not checked by the workers prior to their shift.

On-the-job training was comprised of a buddy system, where a less experienced worker was paired with a more experienced worker for a day or so and shown what to do. The company had no formal safety training in place for its workers and no specific training in regard to the use of, or transporting of, generators, which were used when mains power wasn’t available.

On 10 February 2018, three casual workers were delivering the last jumping castle for the day to a customer at Tallebudgera. At the time, all three men had been employed by the defendant for six months or less. Arriving onsite, the workers opened the truck’s back doors and noticed petrol fumes. The generator, which had not been secured, was on its side with a puddle of petrol on the floor.

Two of the workers climbed into the back of the truck to retrieve the generator and clean up the petrol. The workers noticed the petrol cap was loose, with a battery hanging off the side of the generator by a wire. When a worker was putting the battery back in place, the wires sparked and an explosion occurred. There was no fire safety equipment on the truck and the two men suffered significant burn injuries.

A QPS fire scene investigation found the generator to be the most probable ignition source, causing the explosion and fire, noting that the situation in the rear of the truck caused all three components of the fire triangle to be present (oxygen, fuel source and ignition source). Expert evidence stated the generator should have been secured while being transported.

To deter similar incidents from occurring in future, Magistrate Howden called for a significant change in management processes and procedures, with the purchase of new generators fitted with fire safety equipment, formal training for workers on fire safety and generator use, and a revamped buddy system with a supervisor signing off on training.

During sentencing, Magistrate Howden considered the small business and the effect the penalty would have on it, the impact of COVID-19 (which included a halved turnover and fewer employees) and the limited financial assistance given to the two injured workers by the defendant. The company was convicted on one charge under sections 32 and 19 (1) of the Work Health and Safety Act 2011, fined $50,000 and ordered to pay court costs of $4100.

As Queensland braces for above-average predicted tropical cyclones this season, the state...

Reform of Australia's measurement laws: have your say

Beer waste gets a second life