Contractors appointed to clean up site of chemical fire 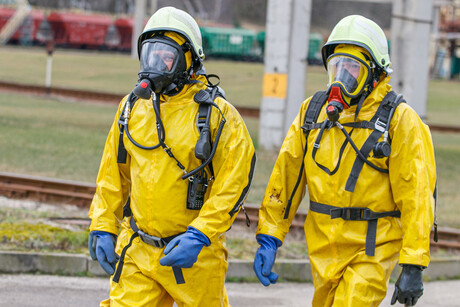 WorkSafe Victoria has appointed specialist contamination remediation contractor Enviropacific Services to clean up the site of the 2018 chemical fire at Tottenham, near West Footscray, Victoria. The company will now commence preliminary planning work. Corsec Services has been appointed to provide 24-hour security services at the site, while Prensa will provide independent technical oversight and an assurance.

The fire, which burned for nearly two weeks, left behind a tangled pile of collapsed warehouse, friable asbestos and roofing, and millions of litres of waste, including drums, intermediate bulk containers (IBCs), acetylene cylinders and other toxic waste. Investigations into how these chemicals came to be illegally stored at this site are ongoing.

WorkSafe Victoria exercised its statutory powers under the Dangerous Goods Act (1985) in November 2019 to take any necessary action to ensure the safe removal and disposal of dangerous goods, after the site duty holder failed to comply with WorkSafe and EPA clean up notices. WorkSafe Victoria will lead a taskforce that includes the EPA, emergency services, Melbourne Water and local government to oversee the clean-up process, which is expected to take two years.

The entire 120 by 100 m site is considered to be asbestos contaminated, with asbestos regulations to be followed during demolition and removal works. The contents of the fire-damaged containers will be tested to identify chemicals, which will then be taken to appropriately licensed facilities for recycling or destruction. The project will include a temporary fire protection system and stormwater containment and diversion works. More details about the clean-up will be available in coming weeks.

Michael Coffey, WorkSafe Victoria Head of Dangerous Goods Response and Reform, said safety would be the first priority while removing all of the fire-damaged structure and containers of liquids.

“The complex process of cleaning up this site will not be rushed but will be undertaken in a methodical manner that puts the safety of those dealing with the materials and nearby residents and businesses first,” Coffey said.