Workplace drug testing has just become easier for safety-sensitive industries, according to Medvet, Australia’s leading supplier of drug and alcohol screening programs. Its Medvet Oral7 has recently been independently certified as an oral fluid testing device in Australia. 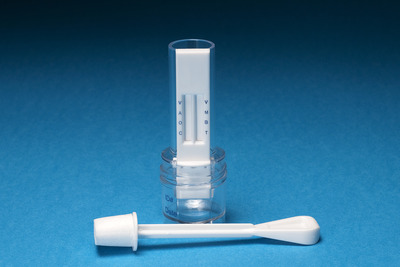 Medvet National Operations and Technical Manager Steve Korkoneas said that, as a result, more safety sensitive industries such as construction, manufacturing, mining, oil and gas were expected to implement oral drug testing programs in a bid to keep their workplaces safe.

“Previously, urine testing was the only certified method of drug testing available for workplaces,” Korkoneas said.

“While urine testing has its advantages and is the most appropriate testing method in some circumstances, the fact that an oral fluid drug testing product has an independent certificate of compliance is a game changer for the safety industry.

“On-site Medvet Oral7 is simple and easy for employers to use.

“It is less intrusive for employees, and eliminates the need for special testing facilities or gender-specific staffing to supervise the process, which can be required for urine testing.

“There is no mess, and the testing process is 100% observable by the collection agency, which means it has less privacy issues and the results are slightly more difficult to adulterate.

“Interestingly, a recent decision handed down by Fair Work Australia recommended that a prominent energy company implement oral fluid testing instead of urine testing, as it was found to be less invasive for employees and a better test of impairment.

“We expect that as a result of this decision and Medvet Oral7 becoming certified, more businesses in a wide range of industries will implement a drug testing program.”

Korkoneas said workplace drug testing should be considered an essential element in all safety-sensitive industries.

This National Safe Work Month, the dangers of substance use and abuse in the workplace are being...

Polyethylene: new catalyst breaks it down to boost value

Communications cybersecurity to be top of agenda at CCV

Tech school students ahead of the game