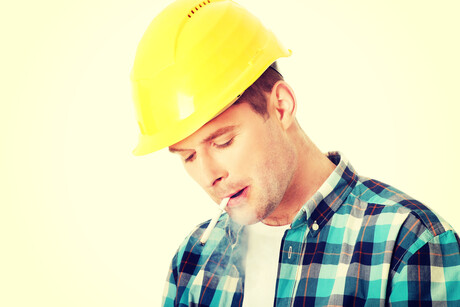 US research published in 2020 from the National Institute for Occupational Safety and Health has found that several behaviours that contribute to higher health risks — such as smoking and binge drinking — are more prevalent among construction workers than workers in other industries.

Construction work can be physically demanding, with workers exposed to many chemical and physical workplace hazards, such as falls, which account for about one-third of the total number of fatalities in this industry. Previous studies suggested that construction workers who exhibit certain health risk behaviours may be more likely to experience work-related injuries. National Institute for Occupational Safety and Health (NIOSH) researchers investigated how common health risk behaviours are among this workforce.

The research data was drawn from a US-based survey, conducted by telephone across 32 states from 2013 to 2016, and covered 38 construction occupations, including labourers, project managers, those in construction trades and contractors. Due to the prevalence of some health risk behaviours, researchers believe that construction workers would benefit from targeted interventions and health programs specific to their occupation, particularly as they are also exposed to workplace-specific hazards. Findings from the study — titled ‘Health risk behavior profile of construction workers, 32 States, 2013–2016’ — were published in 2020 in the Journal of Occupational and Environmental Medicine.