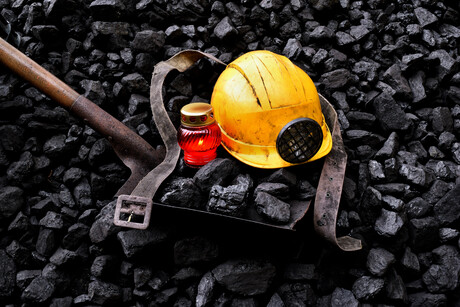 One worker has died and another is seriously injured following a roof collapse incident on 14 September 2021 at Sojitz’s Gregory Crinum mine site in Queensland. Following the incident, three investigators from the Queensland Mines Inspectorate were onsite to examine the nature and cause of the incident. In a statement released shortly after the incident, the Honourable Scott Stewart, Minister for Resources, extended his heartfelt condolences to the family, friends and co-workers of the man who passed away, and wished a speedy recovery for the man who was injured.

“I would like to recognise the professionalism of first responders, including those from the Queensland Mines Rescue Service and our emergency services. Any loss of life on our mine sites is unacceptable, and it is my expectation the Queensland Mines Inspectorate and Resources Safety and Health Queensland will investigate this incident thoroughly and with diligence,” Minister Stewart said.

In a statement, the Minerals Council of Australia (MCA) also extended its condolences to the family of the worker who was fatally injured in the incident, and acknowledged the additional impact of the incident on friends, emergency responders and colleagues.

“The minerals industry is committed to, and working hard on, eliminating fatalities, injuries and occupational illnesses, with a strong focus on building and sustaining respectful workplaces,” continued the statement.

Following the incident, the CFMEU called for all mining at Sojitz’s Gregory mine complex to cease until the 60-year-old miner involved in the fatal accident was recovered from the underground mine. Stephen Smyth, President of the Mining and Energy Union Queensland District, acknowledged that he had received calls and texts from miners since the day of the incident, “disgusted” that the mine had resumed production while rescue teams were undertaking the recovery of the miner in the underground mine.

“Mines rescue teams are undertaking the recovery in very difficult circumstances and their safety must be ensured. Mineworkers at the mine have been told they can take annual leave if they are uncomfortable resuming normal duties — this is not good enough,” Smyth said.

Smyth noted that the Queensland Mines Minister also tried to intervene to make the company understand how uncomfortable their workforce was with their decisions. “Sojitz wouldn’t even let workers have a brief ceremony to mark their colleague’s passing — this is unprecedented in the Queensland coal industry. Workers are still coming to terms with this fatal accident and mine management are treating them with zero respect. I have never seen this occur in the 33 years since I have been involved in the Queensland coal sector,” Smyth said.

ASEA has released updated asbestos stocks and flows information, revealing that there are 6.4...