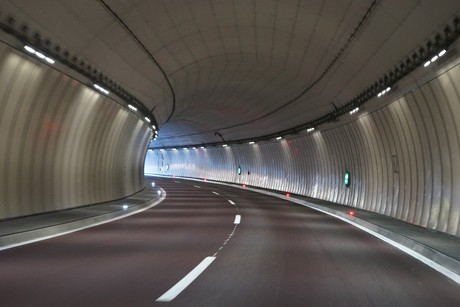 A gas leak in the WestConnex tunnel forced the evacuation of hundreds of construction workers on Monday (17/12/18).

The unidentified gas leak had prompted fears that workers risked an explosion or asphyxiation in the confined tunnel.

The Electrical Trades Union was notified by evacuating members at approximately 9.30 am following reports that the gas had been detected around the Parramatta Road on and off ramps, along with nearby tunnel sections.

The union said the incident was the second time in less than a week that gas leaks had forced the evacuation of the same section of tunnel, yet project management — a joint venture consisting of CPB Contractors, Samsung C&T and John Holland — were still unable to identify the source of the gas or how it is entering the tunnel.

Gas distributor Jemina was called in to examine the tunnel on Thursday, 13 December following the first incident, which occurred at approximately 11 am, but were unable to ascertain whether the gas was originating from nearby mains.

ETU Secretary Justin Page said the union had serious concerns for the safety of workers in the tunnel.

“Gas leaks pose a significant threat to health and safety, particularly as the gas could be ignited by machinery operating in the tunnel, causing an explosion,” Page said.

“We are demanding that workers not be sent back into this section of the tunnel until the source of this gas leak is identified and remediated, particularly as it has now occurred twice in this same section of tunnel.

“We are also deeply concerned by reports from our members that management failed to notify the safety regulator, SafeWork NSW, of the first gas leak as they are legally required.”

Page said the dangers posed by gas leaks were amplified in tunnels, where a lack of ventilation could allow the gas to build up to dangerous levels.

“We are insisting that project management implement 24-hour air monitoring in all the WestConnex tunnels to ensure any future gas leaks are immediately identified, workers removed from affected areas and the source of leaks addressed,” he said.

“Our members have previously raised concerns about inadequate ventilation in the tunnels, which has seen them exposed to poor air quality as dust and diesel fumes build up to dangerous levels. It is for this reason that we also believe management should move to immediately limit the number of diesel vehicles operating in the tunnel.

“SafeWork NSW need to urgently investigate the air-quality issues in these tunnels, in particular management’s apparent failure to report the first gas leak and the decision to send workers back into this section of the tunnel despite failing to identify the source of the leak or take steps to stop it.”

SafeWork SA has fined a principal contractor $3600 after they failed to review an...

Can employers direct employees to be vaccinated?