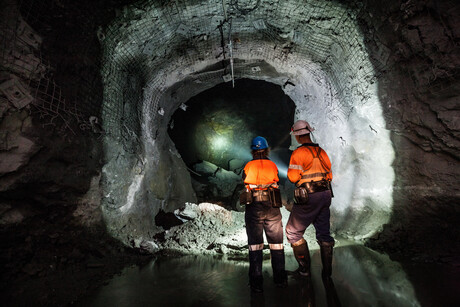 The Miners Union has called on the Queensland Government to make urgent changes to the conduct of the ongoing Queensland Coal Mining Board of Inquiry, following an incident at Moranbah North coalmine. A spokesperson for Anglo American revealed high gas and heating within the mine’s long wall section in the underground coalmine led to the controlled withdrawal of the workforce on 20 February 2021. The mine has restrictions in place and remains closed to workers going underground.

The trigger for the underground withdrawal was elevated levels of some gases in the goaf, which would indicate a coal heating issue and an overpressure event. The spokesperson from Anglo American revealed that internal and external experts are assessing various information sources to accurately determine the cause of the event. At the time of the incident, the workforce had been mining through some particularly challenging geology, with every precaution taken.

“The conclusions from the expert review of the incident will inform a comprehensive risk assessment prior to re-entry, which will require regulatory approval. The safety of our workforce remains our priority and we are keeping them closely informed,” added the spokesperson from Anglo American.

CFMEU Mining and Energy Queensland President Stephen Smyth wrote to Resources Minister Scott Stewart, expressing his concerns about the state of health and safety in the coalmining industry, and raising concerns about similarities between events at Moranbah North and those in Grosvenor Mine in May 2020, when an underground explosion seriously injured five workers. Both mines are operated by Anglo American.

The union has called for a range of steps to be taken, including changes to the Coal Mine Safety and Health Act, compelling key witnesses to give evidence to the Inquiry regardless of self-incrimination privileges. The union has also called for the terms of reference of the Inquiry to be broadened to include scrutiny of Moranbah North, and for changes to the Act to boost protections against reprisal and potential prosecution for workers who give evidence to the Inquiry.

Smyth said the Inquiry was impeded because managerial staff and supervisory staff could avoid giving evidence due to self-incrimination protections, while workers were reticent to provide evidence for fear of being targeted.

“The impact of the tragedy at the Grosvenor Mine will continue to be felt by those impacted for years to come. Whilst prosecutions of those responsible must occur, it is critical that the issues impacting coalmine workers’ safety and health are addressed in a fulsome manner before an even greater tragedy occurs,” said Smyth.

The terms of reference for the Queensland Coal Mining Board of Inquiry state that it must investigate the accident at Grosvenor Mine, near Moranbah, as well as 40 high-potential incidents involving methane exceedances between 1 July 2019 and 5 May 2020.

The Board of Inquiry must also make recommendations for improving safety and health practices and procedures, to reduce the risk of similar incidents occurring in future.

ASEA has released updated asbestos stocks and flows information, revealing that there are 6.4...

A company has been convicted and fined after a man died working in hot and inadequately...