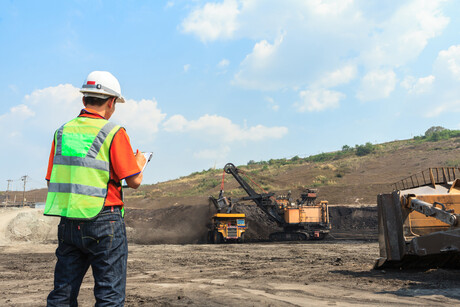 As coal production resumes at Anglo American’s Grosvenor mine almost two years after a methane explosion left five miners with horrific burns, all Queensland mine workers’ thoughts are with those injured in the disaster. As the regulator, Resources Safety and Health Queensland (RSHQ), allows operations to recommence, the mine operator must ensure that coal production at the mine is never again put ahead of safety. A recent inquiry revealed that 14 potential incidents of methane exceedance were recorded at longwall 104, where the explosion occurred, in the eight weeks leading up to the May 2020 explosion. The inquiry found the mine’s gas drainage systems could not cope with the rate of production.

The inquiry also heard if coal workers reported unsafe work practices, they could lose money under so-called ‘safety penalties’ or even be sacked — completely legally. Workers at the mine aren’t directly employed in permanent jobs by Anglo American like workers at other Anglo American mines, but by labour hire company One Key, which means they have fewer rights and can be sacked more easily. Stephen Smyth, Queensland District President of the Mining and Energy Union (CFMEU), noted that the labour hire arrangements at Grosvenor are at the root of the safety issues. Smyth added that Anglo American needs to employ its workers directly in permanent jobs.

“We welcome RSHQ’s decision to allow the mine to reopen, but significant trust issues remain and we call on Anglo American and One Key to support the workforce and be transparent about all issues. Since the incident the workers have formed a union lodge, which means they will have a stronger unified voice when it comes to safety, rostering, pay and other issues. We are so proud of their resilience and strength; they won’t be taking a backward step on safety,” Smyth said.

Smyth warned that union safety inspectors will keep a close eye on operations, and called on RSHQ to keep a close eye as well. Smyth also noted that RSHQ’s investigation of the incident was referred to the Work Health and Safety Prosecutor for consideration of potential charges.

“Anglo American and One Key have a history of putting production before safety, this must stop. Anglo American and One Key were warned many times about safety issues at the mine, they need to start listening. It’s so important to the workers, their families and coal workers all over Queensland we don’t see a repeat of the catastrophic explosion of May 2020,” Smyth said.

The Mining and Energy Union has requested a prosecution against labour hire company Mastermyne,...