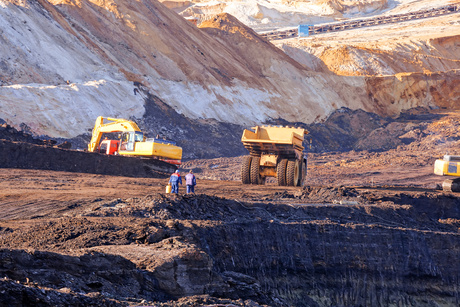 A research project to tackle a major safety concern for the mining industry is the focus of a three-year project now underway at Murdoch University.

The $570,000 project will also receive extra financial support from global explosives manufacturer and supplier Dyno Nobel to investigate ways to reduce emissions of potentially toxic gas during mine explosions. Professor Bogdan Dlugogorski, chief investigator on the study, said the aim of the project was to improve safety, productivity and risk to surrounding areas by controlling nitrogen dioxide levels during mine blasting.

“Nitrogen dioxide is a toxic gas with a characteristic sharp pungent odour, and it is a prominent air pollutant that can be released after an ammonium nitrate-based explosive is used in a small percentage of mine-site blasts,” Professor Dlugogorski said.

“When there are releases of nitrogen dioxide, concentrations in post-blast clouds can exceed recommended safety limits by 30 to 3000 times. There is a risk, if proper precautions are not taken, of a major problem for mine workers and also for more widespread dispersal across neighbouring areas.”

He said that current precautions, which follow a risk assessment of pre-blast conditions and the likelihood of nitrogen dioxide to be generated, require blasting to occur only when the prevailing winds are blowing in approved directions and with set exclusion distances.

“An example is the Titan 9000xero product, which was developed by the DNAP Explosives R&D team in 2014. To date, in more than 200 blasts, no orange post blast fume, which may contain nitrogen dioxide, has been observed during use,” Dr Gore said. “Additionally, Titan 9000xero uses no non-biodegradable plastic.”

The funding will help expand the project to include the development of new blends of no-fume, high-bulk, energy-strength explosives and better methods to sample gases from detonation fumes.

Fanquip portable blower extractors are designed to be used for a range of applications that...