Fine and conviction for bullying manager 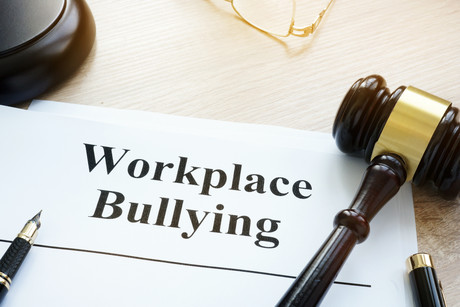 A $7500 fine and conviction have been issued to a food retail manager, after he was accused of bullying a storeman.

Matthew John Sallama, 39, was the son of the owner of John’s Nuts Operations Pty Ltd — a company that sold nuts, dried fruits and candies in shopping centres — and manager of the business when the offences occurred.

Sallama pleaded guilty in the Sunshine Magistrates’ Court on 17 April to a single charge under sections 144(1) and 21(1) & (2)(a) of the Occupational Health and Safety Act. He was also ordered to pay costs of $2000.

Between 3 June and 28 November 2016, the court heard Sallama’s behaviour towards the storeman included using language that was profane, belittling, degrading or offensive, and speaking in an aggressive, intimidating or abusive manner.

The court was told Sallama threatened to deduct e-tag expenses from the storeman’s pay, to ‘burn’ his wages, to dismiss him, and not to pay for his immigration visa.

This behaviour affected the storeman’s health, causing him distress, depression, fearfulness and tearfulness, the court heard.

It brings to $87,500 the total amount of fines from the incident.

The company, which is now in external administration, was convicted and fined $80,000 on 13 December 2018 at the Sunshine Magistrates’ Court for a single offence under section 21(1) & (2)(a) of the OHS Act for failing, so far as is reasonably practicable, to provide a work environment and systems that were safe and without risk to health.

Separately, the company was also convicted and fined $60,000 for seven return-to-work offences relating to making late payments and failing to provide suitable post-injury employment to the same worker.

In April last year the worker lodged a complaint with WorkSafe Victoria about the company’s handling of his claim for work-related tendonitis he suffered after working for the company since November 2013.

WorkSafe Acting Executive Director of Health and Safety Adam Watson said workplace bullying was an abhorrent practice that had to be stamped out.

“It poses a serious risk to a worker’s mental health, and the effects can have a lifelong impact — not only on the individual being bullied but their family as well.”

“All employees have the right to go to work without fear of being bullied, harassed or singled out while on the job, and all employers have a clear responsibility to take care of their workers’ mental and physical health and safety.”

Watson said the company should be condemned for the appalling way it treated one of its own workers.

“I’m pleased the court held the same view,” he said.

“WorkSafe will not hesitate to prosecute any employer who fails to take action to stop this abhorrent behaviour in their workplace.”