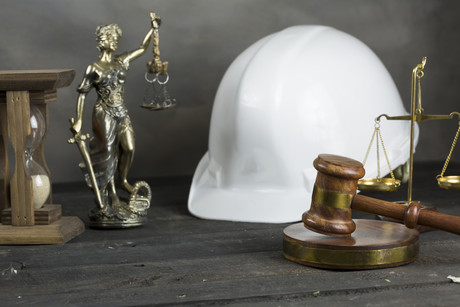 The Australian Building and Construction Commission (ABCC) has filed Federal Circuit Court proceedings against the Construction Forestry Maritime Mining And Energy Union Construction & General Division (CFMEU) and two of its officials, alleging that they ignored a safety request and acted in an improper manner at the Westconnex Stage 2 site in Sydney in 2019. During the construction of the M5 Beverly Hills to St Peters underground motorway tunnels, CFMEU officials Simon Gutierrez and Adrian Carroll defied a direction to leave an isolation zone.

The union officials, who had not completed a site safety induction, entered the site’s main haul road where forklifts, excavators and large haul trucks were operating. Due to the proximity of equipment, work had to be stopped. The ABCC alleges that the officials ignored a reasonable request from the senior safety adviser to attend the site office. After walking along the main haul road, the union officials moved a barrier out of the way on the secondary haul to access a construction area, while ignoring repeated directions to leave the area and return to the site office.

Gutierrez then approached the employee relations coordinator who was taking notes, stood approximately 20 cm away from him and blew cigarette smoke in his face. Gutierrez then made inappropriate comments to the employee relations coordinator. The ABCC alleges that Gutierrez contravened the Fair Work Act by acting in an improper manner by engaging in aggressive and intimidating behaviour. It also alleges that both union officials acted in an improper manner by entering an isolation zone and failing to comply with a request from an authorised representative. The maximum penalty for each contravention of the Fair Work Act is $63,000 for a body corporate and $12,600 for an individual.