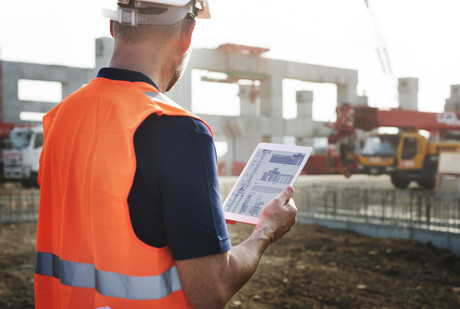 Results from the Australian Government’s Office of the Federal Safety Commission’s (OFSC) 2019 survey have been released with overall “very positive” results, according to the OFSC. The OFSC and its Work Health and Safety (WHS) Accreditation Scheme were established by the government in line with the recommendations of the Cole Royal Commission into the Building and Construction Industry. The survey’s results are intended to be used to improve the operation of the scheme. The OFSC promotes WHS in the Australian building and construction industry by ensuring that: “Subject to certain financial thresholds, only builders who are accredited under the Scheme can enter into head contracts for building work that is funded directly or indirectly by the Australian Government.”

The anonymous online survey invited 362 accredited companies to take part, from which 230 or 63.5% made a submission. This represents a 14.3% increase from the 2018 survey. Of those who participated, more than 80% (81) indicated that their workplace safety practices had improved as a result of accreditation through the scheme. Additionally, more than 95% (96.1) expressed a belief that the OFSC had played a part in overall safety within the building and construction industry, while close to 85% (83.9) indicated that they would recommend to non-accredited companies to undertake the accreditation process.

Completion of survey questions was not compulsory and participating companies were also given the option of submitting a “don’t know/not sure” response to a number of the questions (such responses of which were excluded from the results). The results provide insight into the nature of the Scheme and the participating companies. For example, it is revealed that, from those who took part:

Especially insightful were questions pertaining to the extent to which the aforementioned outcomes were achieved and that asked respondents to think back to and rate workplace safety at their company prior to accreditation through the Scheme. Regarding the former, respondents were ask to measure the extent — on a scale of “To a great extent”, “To some extent” and “Not at all” — to which they achieved desired outcomes. Notably, for “Better safety performance”, “Improved safety culture” and “Fewer incidents”, more than half reported that “To some extent” they achieved these outcomes. For “Not at all”, “Better safety performance” and “Improved safety culture” was selected in less than 10% of cases (6.9% and 9.8%); however, “Fewer incidents” was selected by close to 20% of respondents (19.5%).

In the case of the question that asked respondents to think back to and rate workplace safety at their company prior to accreditation through the Scheme, this received a 90% response rate (207 responded), to which more than half (52.2%) rated their company’s pre-Scheme workplace safety as “Good” and more than one-quarter (27.5%) reported that workplace safety had been “Fair”. “Very good” was selected in 16.4% of cases, while “Poor” and “Very poor” received 3.4% and 0.5%, respectively.

Using the same rating scale, while more than 95% (96.1) expressed a belief that the OFSC had played a part in overall safety within the building and construction industry, it is important to note that the majority of respondents (65.4%) rated this contribution “To some extent” opposed to “To a great extent”, the latter of which was selected by 30.7% of respondents. For a question related to whether Scheme accreditation had helped to achieve “whole of organisation” improvement to safety culture, more than 80% (82.7) reported that it had.

The full results are available here.