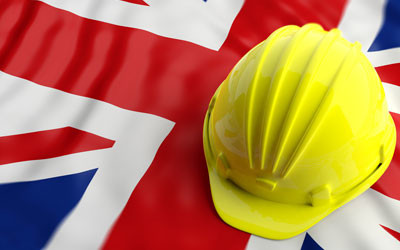 The latest figures from the United Kingdom’s (UK) Health and Safety Executive (HSE) reveal that 147 workers were killed in 2018–19. Other key findings from this 2018–19 period include that 1.4 million suffered from a work-related illness, 581,000 workers sustained an injury and there were 28.2 million working days lost due to ill health and non-fatal workplace injuries (the latter of which accounted for 69,208 cases).

Of the fatal workplace injuries, ‘Agriculture, forestry and fishing’, ‘Construction’ and ‘Manufacturing’ claimed the most lives by industry, accounting for 32, 30 and 26 worker deaths, respectively. These industries were followed by ‘Wholesale, retail, motor repair; Accommodation and food’ with 18 deaths, ‘Transport and storage’ with 16 deaths, ‘Admin and support services’ with 10 deaths and ‘Waste’ with seven deaths (eight worker deaths were categorised as ‘Other’).

Concerning the main kinds of fatal accidents for workers, 40 deaths were associated with ‘falls from a height’, while ‘struck by moving vehicle’ and ‘struck by moving object’ accounted for 30 and 16, respectively. This was followed by ‘contact with moving machinery’ at 14 and ‘trapped by something collapsing/overturning’ at 11. Among the key trends in the statistics released by the HSE was that work-related stress levels for Britons are at an 18-year high.

In total, 602,000 UK workers reported being affected by work-related stress, depression or anxiety, which contributed a total of 12.8 million working days lost in 2018–19. These statistics demonstrate that stress remains a significant health concern among workers — with impacts to both quality of life and to a nation’s economy. According to previous Labour Force Survey data, some of the factors that contribute to stress, depression and anxiety among the British workforce are believed to include workload; lack of support; threats, violence and bullying; and changes at work.