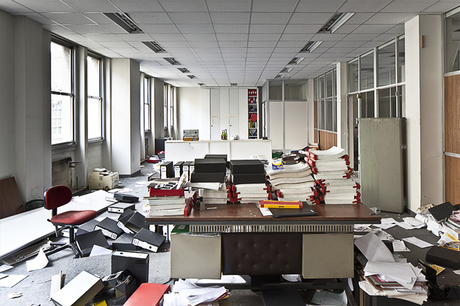 New data released by the Australian Institute of Health and Welfare (AIHW) shows that Australians spent an estimated A$8 billion on mental health related services in 2013-14. The direct financial impact on Australian business is in the vicinity of $11 billion every year, largely due to absenteeism ($4.7 billion) and reduced productivity ($6.1 billion) from unwell workers still attempting to work.

All this shows that mental health is more than a social issue. It should also be right at the top when we are thinking about which factors influence productivity and prosperity.

At the launch of the government’s response to the National Mental Health Commission in November last year, Prime Minister Malcolm Turnbull said: “Mental illness gnaws away at participation, it gnaws away at productivity.”

Federal and State Government spending on mental health services has steadily increased over time although what’s not known is how much employees are spending out of their own pockets. In recent years, the big implications mental ill-health has on economic productivity and production have become clearer. Of the 3.7 million Australians who have mental health problems in any year, some 3 million have a mild to moderate condition. Many of these are in paid work but they are not there as often as they should be, or contributing as much as they would like when they are there.

A 2014 report from PricewaterhouseCoopers (PwC) found mental health conditions result in around 12 million days of reduced productivity for business in this country each year. And, given one in six people in employment experience a mental health issue every year, those millions of days are being lost across the economy; in every sector and among organisations of all sizes. This is not just an issue for the big end of town. So what can business do to reduce those losses? Plenty.

A few years ago the National Mental Health Commission joined with the business sector, the mental health sector and the government to form the Mentally Healthy Workplace Alliance. It commissioned a study that combed peer-reviewed literature to find what workplaces can do in relation to stress, mental strain, psychological health and wellbeing. That report, Creating Mentally Healthy Workplaces, concluded there were six key areas and strategies for business to explore.

Many of the report’s recommendations are common sense measures. Things like smarter work design and positive work cultures, for example, were found to be key to preventing mental health problems. Similarly, promoting resilience and early intervention can help reduce the impact of mental ill health, and promote recovery.

In 2014, the Alliance teamed up with beyondblue to launch Heads Up, a national campaign for mentally healthy workplaces. The response of businesses that have signed up has been encouraging. They report lower turnover rates, less time off due to stress related injuries and find staff are managing their own mental health “up front”.

All of this makes good business sense. In fact, the PwC research suggests the average return on every dollar invested in improving mental health yields a $2.30 return. It also compared the return on investments in mental health for small, medium and large organisations. Across the country, our awareness of the importance of mental health is gradually improving. People are taking stock. A Heads Up survey of 1000 Australian workers found workers will leave jobs they judge to be mentally unhealthy.

So the evidence is in and smart employers are taking action. It makes sense on so many fronts. If we enable people to live contributing lives — to lead the type of fulfilled lives we all seek in terms of relationships, family and jobs — we can lift national productivity and make our country a kinder, better place to live.

One word of caution however. Creating a mentally healthy workplace is not a set-and-forget type action. It takes ongoing care and attention. And, like all key areas of organisational culture, change has to come from the top.

This article is the first in a series on mental illness and the workplace.

If you are distressed by this story or want to seek help for someone you know, please contact Lifeline 13 11 14 lifeline.org.au or SANE Australia 1800 187 263 sane.org/get-help

This article was originally published on The Conversation. Read the original article.

A fall in numbers: UK work-related fatal accidents in 2019/20

The United Kindom's Health and Safety Executive has revealed that 111 workers were fatally...

British research by IOSH has found that shift workers who work night shifts are 25–30%...

If a vaccine is created for SARS-CoV-2: WHS responsibilities

A SARS-CoV-2 vaccine would necessitate a reconsideration of WHS policies, such as whether...

Managing cybersecurity in a post-pandemic world