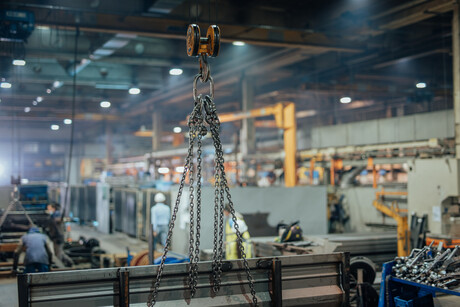 Two companies have been fined a total of $800,000 following the death of a worker at a Welshpool factory in 2019. L&M Radiator Pty Ltd, a company that manufactures, services and repairs large industrial radiators, pleaded guilty to failing to provide and maintain a safe work environment and, by that failure, causing the death of an employee and was fined $500,000. The company was also ordered to pay $9,121.50 in costs.

In the same court, Chain Applications Pty Ltd, a company that supplies, maintains and inspects lifting and height safety equipment, pleaded guilty as a designer, manufacturer or supplier to failing to provide adequate information and thereby causing the death of the worker. The company was fined $500,000 and also ordered to pay $9,121.50 in costs.

The incident occurred in May 2019, when a worker at L&M Radiator (L&M) suffered fatal crush injuries after the lifting chains attached to a gantry crane failed, allowing a large radiator to fall to the floor and crush him beneath it and another radiator he was cleaning. The radiator that fell was suspended by lifting chains attached to an overhead gantry crane, and passed close to the victim when being moved to another position. The base of the suspended radiator was about waist height from the ground.

The employee was working in an area that should have been identified and maintained as a designated exclusion zone when the lifting chains snapped and the radiator toppled onto the employee. WorkSafe WA Commissioner Darren Kavanagh said the incident should serve as a reminder that exclusion zones should be implemented and strictly observed in workplaces that are likely to include suspended loads. Kavanagh said that WorkSafe will take prosecution action against companies that fail to provide and maintain a safe work environment, with serious consequences for these companies.

“The need for and use of exclusion zones around suspended loads is well known throughout industry, and really is simple common sense. The magistrate found that the degree of risk at this workplace was significant given the heavy objects being lifted, and accepted that L&M could easily have implemented the practicable measures required to lessen that risk. The case is also a timely reminder that designers, manufacturers and suppliers also have responsibilities when it comes to the safety of workers using their products,” Kavanagh said.

According to Kavanagh, Chain Applications supplied the lifting chains at the L&M premises, and the magistrate found that they should have informed L&M about when and how the chains could safely be used, and should have made it clear that care was needed in relation to corrosive environments such as those at L&M’s premises. “The fact that neither L&M nor Chain Applications did everything practicable to ensure a safe workplace led to the tragic death of a worker and sizeable penalties for the two companies,” Kavanagh said.

Employers have been urged to prioritise young worker safety, after a 17-year-old work experience...