Union calls for overhaul of rail safety regime after derailment 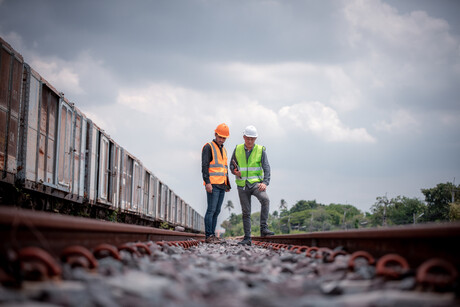 The Rail, Tram and Bus Union has condemned Australia’s rail safety regime, following the derailment of a 1.7 km-long freight train with 55 carriages at Inverleigh, West of Geelong. RTBU National Secretary Mark Diamond said rail workers had lost confidence in the rail safety regime, and an urgent review of the Rail Safety National Law was needed.

“Miraculously, there were no injuries to train crew. But yesterday’s derailment could have been catastrophic if the train was carrying passengers, rather than freight. Rail workers are increasing concerned that Australia’s rail safety regime is no longer fit for purpose, and not enough is being done to ensure that tracks are safe. While the cause of yesterday’s derailment will be the subject of an investigation, rail workers are already aware of the failings in the rail safety system, and they want to see action,” Diamond said.

Diamond added that heavy rain should not be used as an excuse to justify infrastructure failings. According to Diamond, it has been 10 years since the adoption of the Rail Safety Network Law (RSNL), and while its introduction in 2012 was a milestone moment for the industry and a key achievement of the former Labor federal government, it is time that the safety laws were brought up-to-date with contemporary practices and standards in the rail industry.

“Australia is a big country with a big rail network. It therefore needs a rail workforce that is big enough to ensure that every kilometre of track is appropriately maintained and regularly checked — especially during times of extreme rainfall or heat. It has become clear that the Regulator needs greater powers in order to hold rail operators fully accountable. There is also a grey area between the responsibilities of employers under the RSNL and model Workplace Health and Safety laws. A comprehensive review would allow for the Act to be strengthened, ensuring workers had the protection of a world-class safety regime,” Diamond said.

Diamond said that a major problem with the current rail safety regime is the lack of transparency. “For example, when an individual makes a report to the regulator they are not provided with a report back on the outcome of any investigation which arises — or even advised if any investigation has been conducted. This undermines rail workers’ trust in the system, as they do not know whether anything has been done about the safety issue,” Diamond said.

Data from the Office of the National Rail Safety Regulator shows there have been 57 deaths on the national railway network since January 2016; RTBU analysis of rail safety statistics has found that in recent years, workplace deaths have increased, derailments have increased, level crossing incidents have increased, and there has been no reduction in incidents of Signals Passed at Danger. The number of injuries is also likely to be under-reported.

“By any objective analysis, the rail safety regime is failing to do the job it was set up to do,” Diamond said.

WorkSafe Victoria is investigating an incident in which a 41-year-old auto electrician was...

A cardboard manufacturer has been fined $40,000 after a worker sustained a serious hand injury...

A road safety systems manufacturer has launched an automated cone truck which places and...