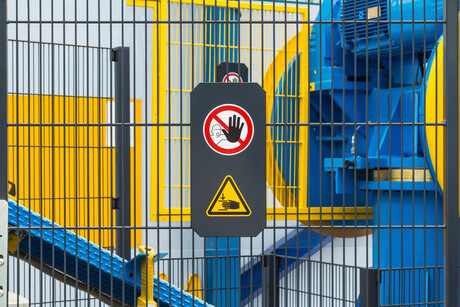 A company that makes ducted air conditioning components at its Scoresby factory has been fined $30,000 and ordered to pay costs of $2509 after a worker’s hand was crushed in a power press machine in 2019. High-Fire Heating Pty Ltd was sentenced without conviction after pleading guilty to one charge of failing to provide or maintain systems of work that were safe and without risks to health.

The incident occurred in September 2019, when a worker was attempting to free a jam inside the press without having switched the machine off. The worker reached into the stamping bed area before accidentally pressing the foot pedal, which activated the machine; as a result, his hand was crushed. The worker underwent five operations and still suffers with numbness and loss of function.

An investigation by WorkSafe Victoria found that the company had fitted a hinged guard to the machine about two years prior to the incident, but due to the frequency of jams, it was held permanently open by a hook to provide easier access for maintenance. The company had told workers to turn off the machine before clearing jams but had no formal procedure, such as a lockout, tagout system. The company allegedly had prior knowledge of similar risks as a WorkSafe inspector had attended the workplace in 2015 and issued compliance notices relating to inadequate guarding on two other press machines.

WorkSafe Executive Director of Health and Safety Narelle Beer said the dangers of unguarded machinery were well known and injuries often life-changing or even fatal. “No worker should be have to go through something so horrific because an employer has failed to address serious safety risks. Failing to guard machinery is inexcusable. Guidance in relation to properly guarding press machines is widely available and WorkSafe won’t hesitate to prosecute employers who ignore it,” Beer said.

To manage risks when working with machinery, WorkSafe Victoria advises that employers should identify hazards, assess the risks associated with them and eliminate or control those risks by isolating them or using an alternative. Employers are also advised to train staff in the safe operation of machines and equipment with written procedures provided in the worker’s first language. Safe operating procedures should also be developed and implemented, in consultation with employees and health and safety representatives; safety guards and gates must also be compliant and fixed to machines at all times. All machines and equipment should also be serviced and inspected regularly, with signs placed on or near a machine to alert employees of the dangers of operating it.

Union calls for overhaul of rail safety regime after derailment

The Rail, Tram and Bus Union has called for an overhaul of Australia's rail safety regime,...

WorkSafe Victoria is investigating an incident in which a 41-year-old auto electrician was...

A cardboard manufacturer has been fined $40,000 after a worker sustained a serious hand injury...

The risks of robo-marking: AI in Australian schools