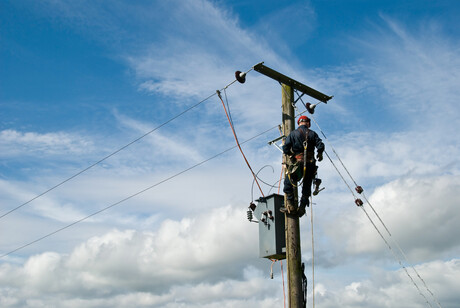 According to agreed facts presented in court, the January 2020 incident occurred at Bobalong, in the Great Southern, while the worker was cleaning insulators on Western Power’s high-voltage overhead powerlines. When the washing stick, or wand, was near a live 22,000-volt conductor, an electrical discharge ran through the equipment and the worker’s left hand, arm and shoulder. The resulting severe burns required specialist treatment at Fiona Stanley Hospital.

An investigation by the state’s electrical safety regulator, Building and Energy, found the wand provided to the employee did not comply with the required standards for washing sticks used near live electricity. Following the preliminary findings of the investigation, WA’s Director of Energy Safety issued an order reminding all service providers and network operators about the type of live-line washing equipment that is permissible for use, as well as precautions they must take for such activity.

The standards require live-work sticks to have insulating rods or foam-filled tubes made from fibreglass-reinforced plastic insulation. The live-work stick provided to the worker was reportedly hollow and had an aluminium rod, which failed to protect against the electrical discharge. The stick was also overdue for mandatory testing. Western Power breached the Electricity (Network Safety) Regulations 2015 by failing to ensure, so far as reasonably practicable, that a prescribed activity on its network was carried out safely.

Magistrate Stephen Hall said the most significant factor in the case was Western Power’s failure to provide a compliant and appropriately tested washing stick. Hall said that workers should be able to trust that their workplace will provide equipment that is safe and complies with relevant standards, and that Western Power should have had procedures to ensure that required testing was carried out.

WA’s Director of Energy Safety, Saj Abdoolakhan, said it was fortunate that the worker survived the life-threatening injuries. “The incident has resulted in lifelong impacts for this worker. By law, network operators have a duty to ensure, so far as is reasonably practicable, that all prescribed activities carried out on their networks are carried out safely. In this case, Western Power did not take reasonable steps to protect its workers. It is unacceptable that adequate processes were not in place to ensure the equipment was fit for purpose, particularly for such a high-risk task,” Abdoolakhan said.

The importance of asbestos medical checks

Employers are being reminded by WorkSafe Victoria that they must ensure they are meeting their...

In an extremely rare form of industrial action, the CFMEU has said it will ban the use of...

Coates has partnered with Local Government NSW to provide asbestos identification training to...